When Shilen opens her eyes and the bloody rain start, creatures fall into insanity. Even the elves, the purest creatures who worship Eve, enter the berserk state. The blood boiling in their veins will remind them who created them. It is everywhere and flows like a river, and the skulls scatter in different directions. Halloween came ... Already scared !? Yea, don’t be. It's only real in Elmoreden, and our skulls are just pumpkins, and the blood has turned into ketchup. And the holiday became terribly cheerful. I already participated in the contest last year, I decided this too, because it is very interesting and an opportunity to show my talents. For example, I love to cook, and I haven't poisoned anyone. Although, who will tell ... (Tee-hee-hee) It's a pity that the taste and the smell can not be conveyed through a picture. But, all that you see in the picture is hand crafted. In the game, as it is often in the case with female players, I'm a healer. I’m only level 104, but I'm doing my best. I just adore my clan and the game itself. Have a good mood and a merry holiday! 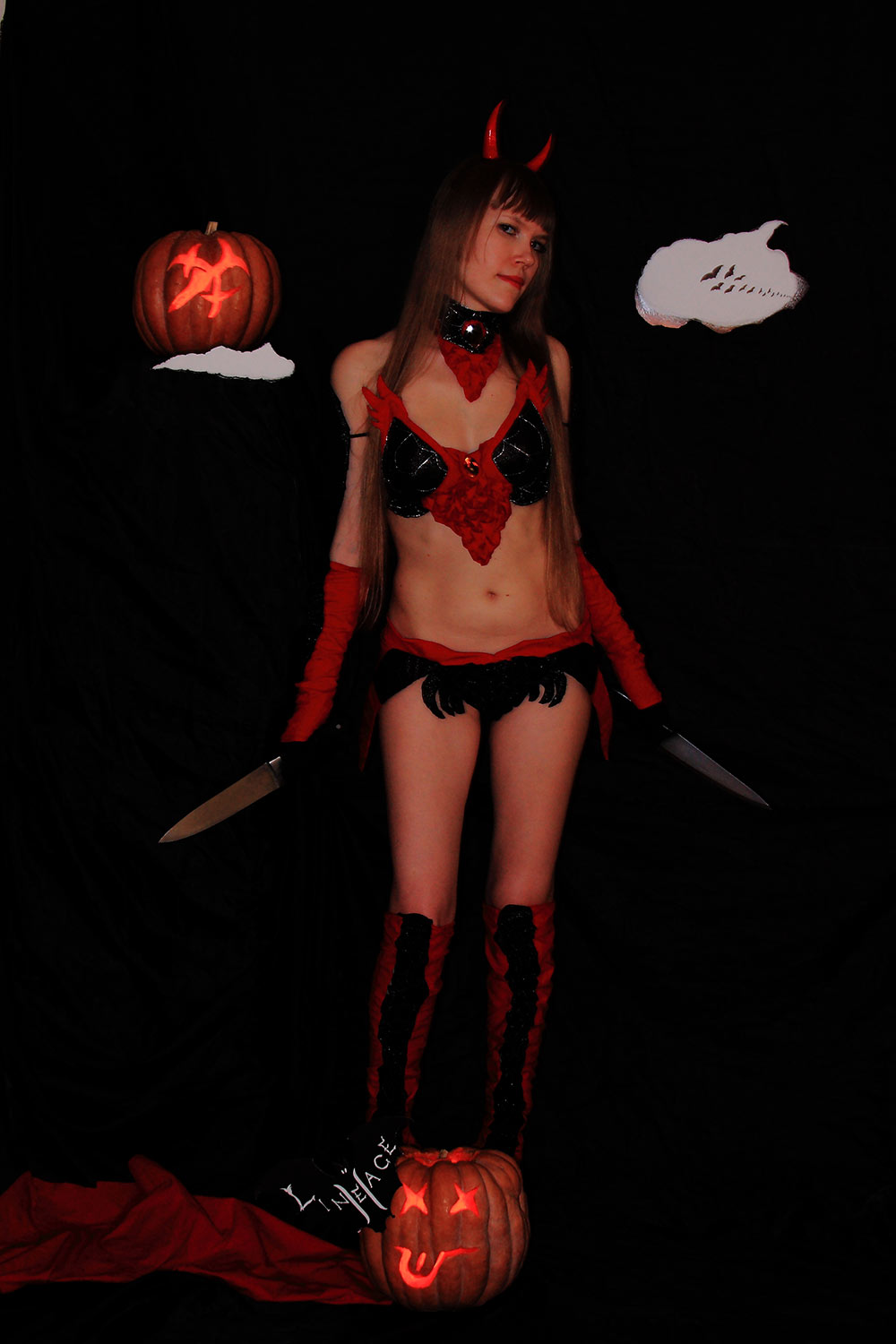 Back to gallery
Like it? Call your friends to vote!